Over the winter, we began following JB Swan and Steve Introne as they set out to build new B-Spec cars for the 2021 road racing season. Both were seasoned drivers. JB with years of experience racing in production and IT7 cars, and Steve in the SRF and SRF3 vehicles. However, 2021 would put them into the seats of an entirely new class, with new cars they were building from the ground up. JB's 2021 ride is a Chevy Sonic and Steve took a Mini Cooper as his choice for B-Spec competition. In our first two articles, we followed why they each found this up-and-coming new class so desirable that they would make the move, to how they chose their donor vehicle, and the initial build process - stripping the cars down, fabricating roll cages, selecting seats, etc. So You Want to Build a B-Spec: Part 1 Building a B-Spec: Part 2 Steve and JB top the podium at the Pocono Majors going 1st and 2nd. Fine Tuning and Race Prep Our last check-in had both vehicles with cages, seats and engines. That left the fine tuning for turning a street vehicle into a race [...]

Rally Summer Events As spring kicked off into summer, the Rally program has been busy with an event each month for their teams and drivers. In April and May, competitors headed to Rochester Fairgrounds and the Okemo Blue Lot for RallyCrosses. Then just last weekend, they returned to the Team O'Neil site in New Hampshire for the Hoon in June RallySprint. Results and photo galleries, along with a brief recap of the Rochester and Okemo festivities are available below. Next up will be a 2-day RallyCross event in Union, ME. Registration and details should open for that in the next week or so. Then events will take a breather for the end of summer with the a return to Rochester in the fall slated for the end of October. For Road Rally, the Summer Challenge is coming next weekend, June 19 and Hurdle is set for August 7. Big Lap, which was postponed from it's original May date, is back on the schedule for the end of November. Rochester and Okemo Recap Written by Ian Poilot Back to Rochester for another cone slingin', dust breathing, rooting tooting FUN time! The day was full of surprises [...]

Written by David Bocchichio The biggest challenge for the weekend was definitely the weather with cool temperatures and rain for both days. A small group of people braved the weather for Saturday's Test and Tune, which gave the drivers plenty of laps to dial in their set up for the rain, and a tricky sweeper that would let you know when you had it wrong. This left several drivers picking gravel out of their wheels, including yours truly. Despite the weather, over 90 drivers showed up to compete on Sunday. Make no mistake, the real heroes of the weekend were everyone who volunteered to stand out in the rain to make the event happen. I want to extend a huge thanks to all of you! RESULTS: Live Free or Cone Hard Street Class In SS we had two drivers with top time going to 88 Walter Lunsmann in the 2015 Porsche GT3 with a 62.900.  In AS we had three drivers with 143 Mark Ponusky setting the fastest lap in a 2002 Chevrolet Corvette Z06 with a 60.866.  BS only had one driver with 68 Mike Dietzel in his 2019 [...] 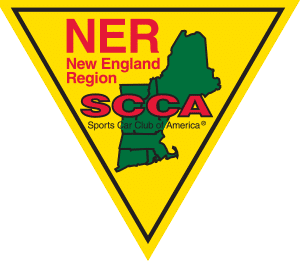