This March, SCCA’s Women on Track introduce the trailblazers, work horses, and speed demons who have left their marks on SCCA or are watchable role models for kids right now.

Follow along as we honor the women at your track, behind the wheel and behind the scenes, and appreciate and thank them for their impact and passion in all areas of the SCCA. Daily posts will be made on the SCCA Women on Track Facebook Page.

Jojo Corrales-Kean kicked off NER’s representation in Round 1.

And now, it’s time to shout-out for Kathy Barnes! 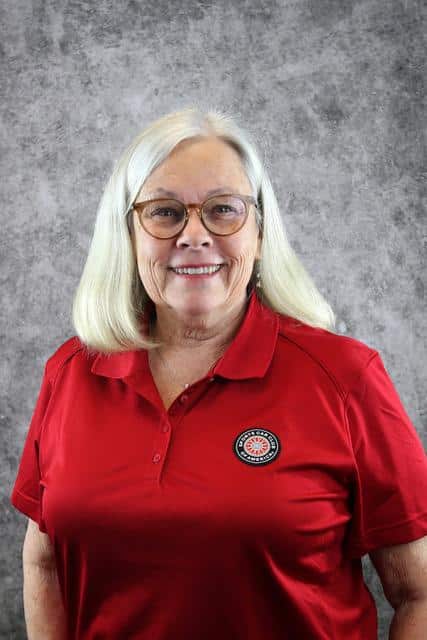 Kathy Barnes is a “Jack” of all trades in SCCA and the model of an ideal member. A 2014 SCCA Hall of Fame inductee, Kathy is well known to SCCA members in many different aspects of competition and is very well respected by her peers. In the Solo community, she has served as Chair of the Solo Events Board, Multi-time Chair of the Solo Nationals events, Chief of Workers for the Solo Nationals, Chair of the Solo Safety Committee and Multi-time Chief Steward for the Solo Nationals, as well as leadership roles in divisional and regional events. She has also served as Regional Executive for New England Region, one of the Club’s largest regions, and was Area 1 Director on the SCCA BOD. She has also served as a Steward, including the National Runoffs. Along with the Hall of Fame, Kathy’s award recognitions include The Solo Cup, the Solo program’s highest honor (2001) and the Woolf Barnato award (2004).

Kathy has also long been an advocate of attracting young people to SCCA, and was at the forefront in the development and acceptance of the Solo program’s Formula Junior program for drivers under 16. She also strongly supported the development of the Street Touring and Street Modified categories, which were designed to appeal to the young “tuner” crowd and have been valuable for helping keep SCCA relevant in the evolving auto enthusiast marketplace. She consistently involves herself in activities at all levels which reach out to younger individuals and get them involved in SCCA, mentoring them both as competitors and as volunteers. As a competitor, she has been a Solo National Champion 5 times, and now takes just as much joy in watching the younger generation achieve that goal as she ever did in doing well for herself.

“I joined SCCA as a volunteer when I was a college student who drove too fast on the street; not realizing I would be a contractor in my retirement. The club has given me many opportunities in autocross competition and development, region and club management, being a road racing official and in the Experiential Programs. While I am not competing so much now, I hope that my work as a mentor is what defines the rest of my time in SCCA. It is the people who join us and lead us and mentor us that define each of our experiences in SCCA. SCCA was my Title IX program. I found a place for competition when competitive sports were not available to me. In the club I found competition, friends and a family of choice and mentors who showed me the value of helping others enjoy our sport.”