On an unusually warm Sunday in October, NER held its 3rd Rallyspint of the year at Team O’Neil Rally School. 21 cars entered the event on 10/23,  including four first time participants. In the end, the 2WD entries dominated the day, with 13 of the 21 being 2WD models.

R2U was our biggest class for the day. 1st place went to Luke Horrocks/Jordan Melim. They not only won the class, but set FTD, narrowly beating Matthew Stryker/Bryan Camerlin by just over 17 seconds. Impressive! We also had two of the new entries in this class. Welcome Andrew Ewas/Scott Carlson in a Banchwerks VW and Andrew McDonough/Ryan Connary in Andy’s VW. Andy has been a long time crew member and Ryan a very long time New England Forest Rally Sweep volunteer. It was awesome to see them out there finally.

The R2O class was the next biggest. Father son team of Scott and Gavin James took 1st in class over Mike Pettingill and Alex McCrady by less than 3 seconds. Another newcomer Daniel Hayes, joined seasoned co-driver, Boyd Smith, to come in third in his unconventional rally car choice, a 2015 Ford Mustang. The remaining VW’s in the class had technical issues that left them unable to finish. One of them was another father son team of Scott and Jamie Beliveau. After putting on these events for 7 years, we told Scott it was time for him to go racing. He brought out the Beliveau Boys Racing angry hornet, unfortunately, the hornet kept having fuel issues. We will get him out there again.

Catherine Denmeade with her new co driver Ryan Creaturo dominated the R2O class beating out brothers Rob/Nathan Sockalexis and Pete Rizzo and Anna Shum, both of who had a few car issues. Yet another father son team Joey and Keith Verge claimed first place in the R4U class by 47 seconds over husband and wife team of Phil and Maggie Cherok.

As always, NER offers a huge thanks to Team O’Neil for renting the best site in the region for RallySprints. 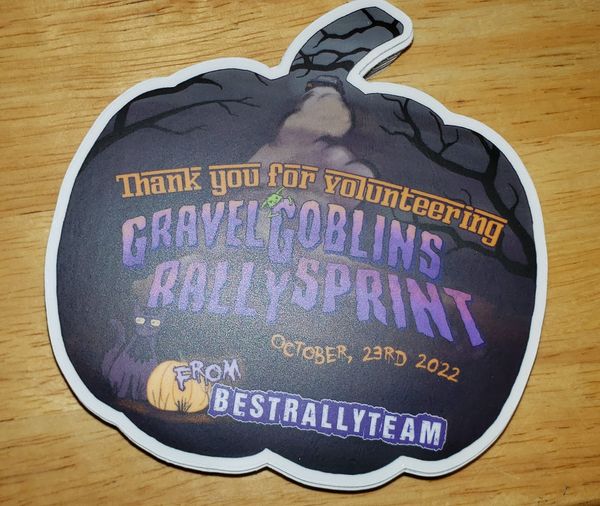 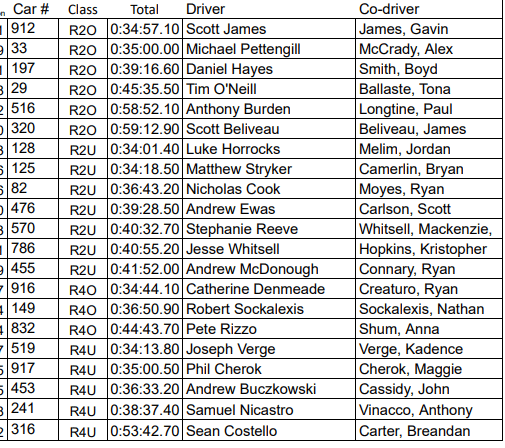 View, like, order and support the photos from the event by these photographers! 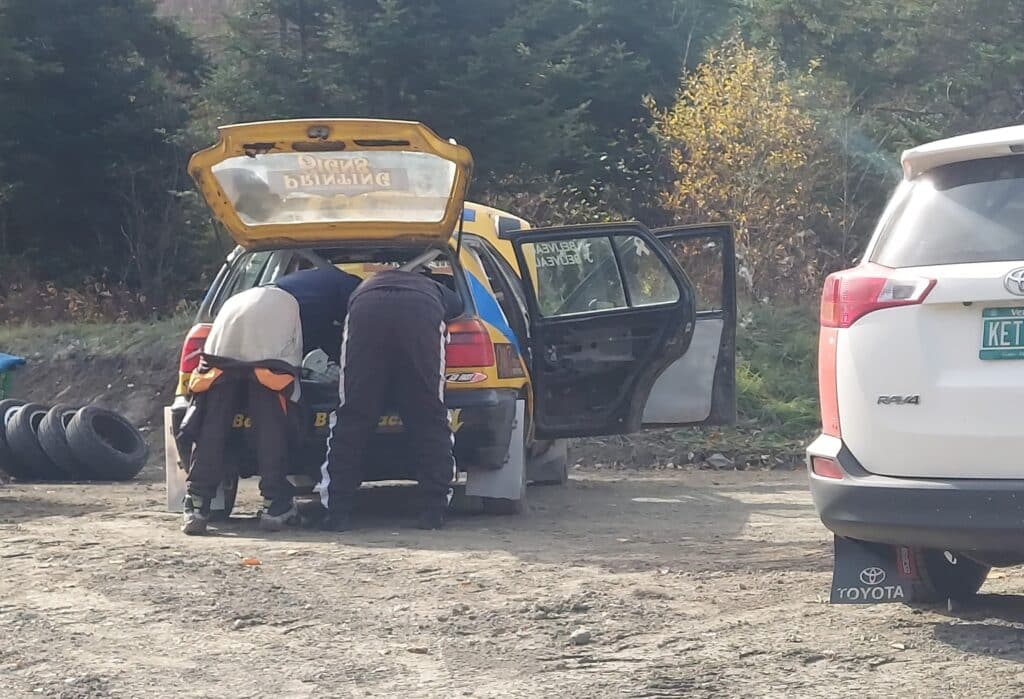 Scott Beliveau and Jamie Beliveau with one of those troublesome VWs. Photo by Alex McCrady.