Race Against Leukemia was held over two events this year. On Sunday – the officially sanctioned RAL Solo event, donations were collected at the gate, during the day or online. The top donors were set up for a single elimination shoot out for the Jeff Gordon Challenge.

The Jeff Gordon Challenge was held for the top 8 donors. Times were PAXed and in the final round it was two drivers who shared a car competing for the trophy. The trophy had been donated many years ago – an actual trophy which had been presented to Jeff Gordon at a Pocono event.

At the end of the challenge – the winner was Dana Nicgorski who held the trophy – defeating Dana Nicgorski, Sr. in the same CAM-C Mustang GT.

Part 2 of the Solo RAL event was the drawing for a 5 pack of 2023 NER Solo events. Pam Davis drew the lucky tickets.

“The winner’s first name begins with B.”

“There ARE two winners: Bruce Harrison and Brent Haskins.”

That was a good ending to a long hot day at Devens. 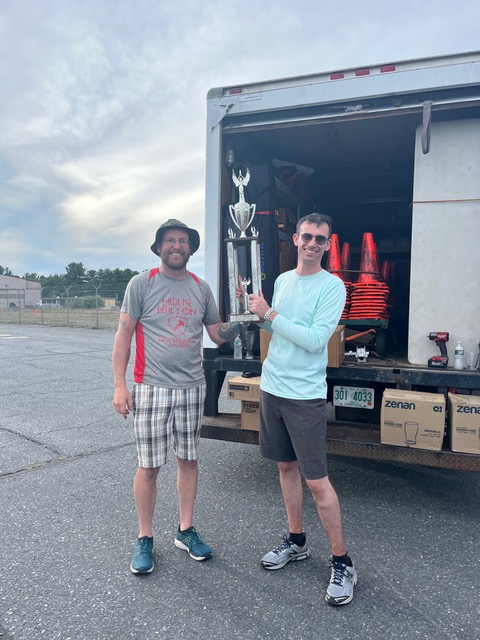